So Farewell to Ghana and then what? 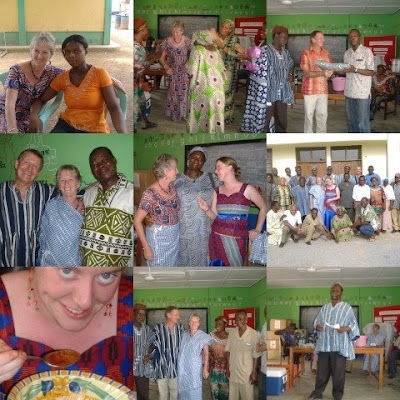 On Friday March 13th we officially finished our placement as VSO’s with the Ghana Education Service in Lawra. For the next few months we will be travelling overland in our own vehicle, across Africa from West to East, with our friends Berwyn and Julia from Ruthin in north Wales. We will depart on the first leg of our journey on Wednesday March 18th.
We will record our journey on http://www.horrocksfamily.net/transafrica.htm

So it’s goodbye to Ghana and VSO, for now; we hope to be calling in on a number of VSO colleagues en route as we travel through , Burkina Faso, Niger, Nigeria, Cameroun, Gabon, Congo, Democratic Republic of Congo, Angola, Namibia, Botswana, Zambia, Malawi (to visit my brother Martin and Family), Mozambique, Tanzania and Kenya (to re-visit our son Michael’s birthplace – O’Loitokitok) and then……?

Posted by Nigel and Jenny Horrocks at 2:45 pm No comments: 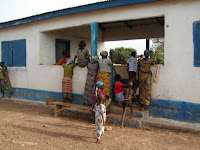 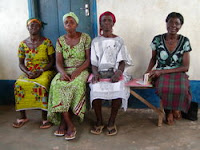 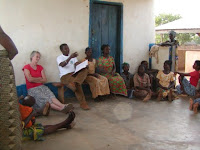 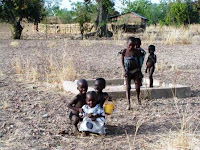 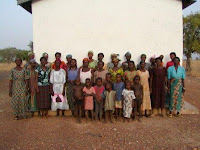 Today, Wed 25th February, Song-Taa met to discuss how to allocate the 1500 Ghana Cedis which now rests in their new bank account. It was agreed that 1200 GH₵ should be earmarked for allocation immediately and that 300GH₵ should be held in reserve. It was further agreed that 1200GH₵ should be allocated between January and March for Pottery making and Petty Trading for the first period, Pito Brewing and Petty Trading for the second period of April to August, and Grain Trading and Petty Trading for the final third period from September to December. This mainly follows the growing seasons. With the help of Eric Kaliebu from Ministry of Agriculture (MOFA), the group discussed and decided on a three month repayment period with an interest rate of 5 pesewas from each beneficiary, the money to be collected by the group representatives and paid to the Executive to be banked.
Much laughter and nodding of heads took place when it was suggested that the women should take great care of the money borrowed and not let it fall into the hands of ‘THE MEN’. They will surely do this.
Plans were put in place to keep a meeting attendance register as it was felt that once some people knew there was money to be handed out, they would arrive in the queue without any serious intention of putting the money to good use or even paying it back! Only those women seriously interested in benefiting their small businesses would be considered.
On Friday 27th Feb all the women in the village met, to inform them of the decisions taken by the executive committee and prepare the way for loan requests to be considered.
Posted by Nigel and Jenny Horrocks at 3:49 pm No comments: